In September 2021 after many years in the planning, Dutch King Willem-Alexander was joined by the Dutch Prime Minister Mark Rutte and other dignitaries for the opening of the country’s first national holocaust memorial.

The stunning, if long overdue monument was designed by architect Daniel Liebeskind – a child of Holocaust survivors, and best known for designing memorials to commemorate lives lost to crimes against humanity including the Jewish Museum in Berlin and the plan for the World Trade Centre site post 9/11.

The memorial is the first in the Netherlands to name all 102,000 Dutch Jews, Sinti and Roma who were deported or killed by the Nazis during World War II.

Each name is recorded on a brick and includes their date of birth and age at the time they died.  There are a further 1,000 bricks left blank to memorialise those who remain unknown.

Between 1933 and 1945, it is estimated 140k Jews lived in the Netherlands.  Only 38k survived.  This horrific fact means it is the country that lost the highest percentage of its Jewish population during the holocaust.  Not all died in the camps.  Many lost their lives to starvation, illness, exhaustion and slave labour.  Tragically none had marked graves.

The monument was conceived in 2013 although for 6 years it faced a legal battle over where it would be located.  Local residents feared an influx of visitors and tourists as well as security concerns and so in another sad episode of Dutch history, it appeared it would never see the light of day.

Finally in 2019, the country’s highest court ruled the project must go ahead and that the significance of the monument outweighed objections of residents.

The 102k bricks – each inscribed with the name and birth date of a victim – are shaped into walls representing letters of the Hebrew word לזכר which translates to “In Memory of”. This can be read fully when viewed from above,

We visited the memorial on a bright Sunday in October.  As readers of my blog might be aware, our families are Jewish and come from a long lineage of Dutch Jews on Marc’s mum’s side.

So it was enormously moving to visit as a family, to recognise family names and to pay our respects at this terribly long overdue memorial.

The location right in the heart of the former Jewish centre of Amsterdam, The Plantage, couldn’t be more appropriate.  It is close to the Jewish Museum and Portuguese Synagogue complex and next to the lovely Hoftuin gardens.

Naturally we were keen to locate family names.  The alphabetical arrangement made this relatively straightforward although the deliberately labyrinthine positioning of the walls, encourages visitors to walk up and down – a powerful reminder of the terrible scale of loss.  Each brick a life.

Marc’s mum’s family names are Souget and Gans.  There were an unimaginable number of them remembered here – from the very very young to the old.

For those who are keen to locate names swiftly, there is an excellent QR code located on the signage.  By scanning this you can search for a specific person and follow an animated route to the location of their brick.

The simple seating on the site allows for contemplation and reflection, and the space cleverly incorporates many small white stones.  In the Jewish religion it is customary to leave a stone when visiting a grave and it was hugely touching to see the numbers of stones left along each wall, many no doubt like us in remembrance of family members.

Amongst the known and unknown names is one that will be familiar to most.  The Frank family are all listed here Margot, Edith and of course Anne, or Annelies – who is commemorated here with her full name.

We were profoundly moved by our visit and whilst we spent the majority of time by our own family bricks, if you are interested in Anne’s story and that of the Amsterdam Jewish population in general I would urge you to visit.

Lay a stone by an unfamiliar name.  That person’s entire family might very well have been wiped out, so with no one to honour them you will be demonstrating that this intolerable crime will never be forgotten.

As Daniel Liebeskind has said “My personal connection as a child of Holocaust survivors has made it increasingly important to be a part of this significant project. I hope it will become a place for contemplation, hope, and an important reminder to fight hate in all its forms for the people of the Netherlands and beyond,” 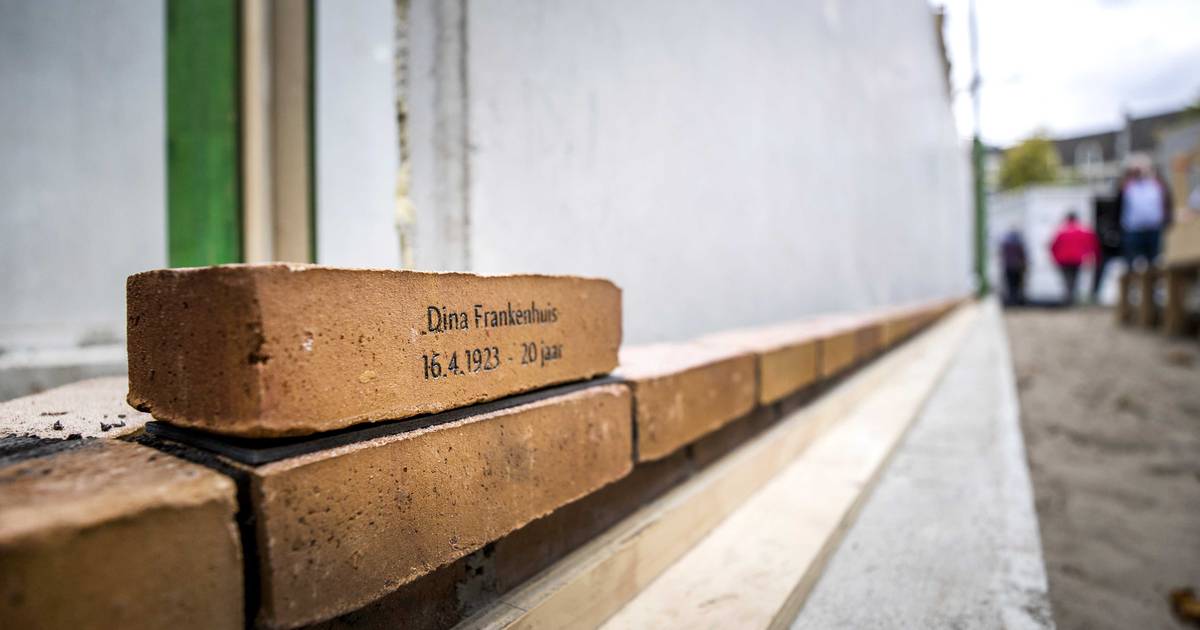